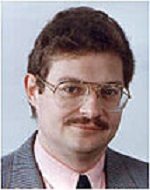 Almost daily, the media report about bugging affairs, data espionage, hacker attacks and dangers of Internet usage. Charles Babbage and Konrad Zuse, the inventors of the digital computer, would have just laughed about this, as it was impossible to influence their machines from the outside, even if they had been equipped with telecommunication facilities. In this talk it will be shown that, with current technology and in rather simple ways, all security problems of information technology and digital telecommunication can constructively be prevented to occur. Thus, computers can be built at which hacking attacks categorically bounce off, and data encryption methods can be employed, which render systematic decryption impossible by their very principle, and which are already known for more than a century.